According to the data provided by BroadbandSearch, mobile internet usage has been gaining momentum ever since it kicked off. In 2017 67% of worldwide internet traffic came from mobile users. As of January 2018, it was estimated that 3.7 billion people used their phones to access the Internet. Most notably, 90% of the time people are on their phones is spent in apps.

To hit a home run in the world of apps, one would have to achieve two seemingly easy milestones:

Considering that over 75% of apps are never used again after the initial download, the second point looks especially elusive. We all know the competition in Google Play and Apple Store is tough. In the dog-eat-dog mobile apps market, only the most relevant and cutting-edge technologies survive. Without further ado, let’s dive right into the future of mobile app development and see what’s hot in 2020. Follow these mobile app industry trends to be at the top of the heap.

Artificial Intelligence (AI) has been media’s favorite buzz word for years. We all know it’s a promising technology. However, because AI has been speculated on so much, many journalists portray it as an equivalent to Skynet-a superintelligence system of doom.

What is Artificial Intelligence really?

One of the most striking examples of that is Google Duplex, a system driven by Artificial Intelligence that allows users to make appointments to businesses over the phone. With RNN (Recurrent Neural Network) using TensorFlow Extended, Google Duplex is able to make a table reservation like a human would do. The use of text to speech AI engines allowed the developers of the app to make the conversations as natural as possible. Pauses and fillers like ‘um’ make the AI’s words indistinguishable from human speech.

How Artificial Intelligence Can be Used in Mobile App Development?

What is a Chatbot?

Chatbot is a software which can conduct a human-like conversation via textual or auditory means. Artificial Intelligence allows Intelligent Chatbots to not only simulate a meaningful dialogue, but also identify user intent and accomplish specific tasks. Technologies like machine learning, deep learning, Natural Language Understanding (NLU), and Natural Language Generation (NLG) tend to bring customer experience to another level.

IBM’s Watson Assistant, an excellent case in point, provides a range of features that distinguish an intelligent AI-driven chatbot from a regular one:

1. it looks for answers in its knowledge base
2. you can train it for a specific industry and build it into your app
3. it knows when to ask for clarifications and when to direct the user to a human professional

How a Chatbot Can Benefit Your Business in 2020?

A Perfect Example of Augmented Reality in a Mobile App

Augmented/Virtual Reality goes far beyond the ‘wow’ factor. AR/VR enhances customer experience and builds a strong intimate connection between the user and the brand. In 2009 Yelp shook the world with its first Augmented Reality app for iPhone. Once activated by three shakes, Yelp’s Monacle launched the smartphone’s camera and provided star reviews for the places caught by the camera. Back in 2009 Yelp’s AR app was pioneering and sensational.

Today, AR/VR is successfully incorporated in a plethora of apps in various industries. Constant AR/VR transformation of mobile apps will continue among other mobile app trends of 2020. It’s not surprising, since according to Mobile AR: Usage and Consumer Attitudes research, 78% of users are either happy or extremely happy with their AR experience in mobile apps. The researchers have estimated that the number of active AR users will hit 125.9 million by 2022.

Using AR/VR can benefit your business significantly since it makes your product stand out. Without customers there's no business. AR/VR is not new in the world of mobile apps, but it offers unlimited resources for marketing and sales advancement.

AR technologies attract a broad audience who can experience all the features on their devices without any additional means. While immersing in VR reality requires only a headset. With AR/VR user experience becomes more memorable and better personalized, which boosts customer retention.

With AR/VR You Can Gain Ground in Any Industry

Here are just a few examples you can follow:

What is Cross-Platform Mobile App Development?

When building an app, don't forget mobile apps market is a global arena. According to BusinessofApps, 64% of all app downloads come from the Asian-Pacific countries, while 19% from Europe, the Middle East, and Africa, and 17% from North, Central, and South America.

Globalization promises to be at full throttle in 2020, and so should your app. Reaching to new customers in every corner means you have to build a product compatible with their hardware and software. Cross-platform mobile development seems to be the most efficient move to reach that goal in the upcoming year. 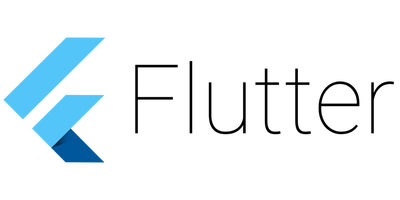 PhoneGap is a web tool which lets you use HTML, CSS, and JavaScript to develop cross-platform mobile apps without integrating a myriad of native languages. Mobile apps brought to life with PhoneGap run within wrappers aimed at each platform. Standard-compliant API bindings allow such apps to access each device’s data, network status, and sensors.
Flutter is an open-source cross-platform tool available for iOS, Android, Mac, Windows, Linux, Google Fuchsia, and the web. It’s also famous for its high performance and no compatibility issues. Programmers find the platform to be especially useful for detecting changes almost instantly with its hot reload feature.

React Native lets you build a single mobile app suitable for multiple platforms. React Native allows you to accelerate the development process with its ready-to-use components. This tool also requires a smaller team since there’s no need to have native Android and iOS developers. All you need is a JavaScript developer who would write the code that could fit both platforms.
Xamarin is a cross-platform mobile development tool supporting .NET and C#. Xamarin helps to create mobile apps for most used mobile devices, such as smartphones and tablets running on Android, iPhone, iPad, and iPod Touch.

Check out our detailed comparison between Flutter and Xamarin here.

Latest trends in mobile development are also affected by the quality of the Internet connection. As stated by Worldwide 4G to 5G Market Report 2019-2025 by 2023 70% of the operators will switch to 5G. The research also claims that the need of 5G is driven by the ever-growing and ubiquitous tech like AR, 4K/8K videos, and VR gaming. 1.5 billion 5G subscribers mark is expected to be crossed in 2025. By 2025 telecom operators’s 5 G revenue will reach $502 billion.

What are Instant Apps?

Instant Apps were introduced by Google as the fastest way to use Android apps wherever you are. With instant apps, users can try them out without downloading them first. All features of the native app are available to the user in an instant. Instant apps can be used right away without taking up any memory on the user's device.

Why Make Your Mobile App Instant in 2020?

What Are Accelerated Mobile Pages?

Accelerated Mobile Pages (AMP) is an open-source framework introduced by Google granting significantly faster loading. AMP publishing technology can be used for both desktop and mobile browsers. IndiaToday claims AMP has multiplied the overall traffic by 6. WashingtonPost managed to rocket returning users from mobile search by 23%. While Gizmodo has experienced a 3x growth in page load thanks to AMP.

AMP made it possible to reduce load time to less than 0.5 seconds

How AMP Can Benefit Your Business?

Based on The Total Economic Impact ™ of AMP across publishers and e-commerce study, using AMP benefits your mobile website traffic and usage in this way:

What is the Future of AMP Mobile Apps?

AMP will also become widely used in Progressive Web Apps (PWA), mobile web applications which can be used without downloading. The ultimate goal to make mobile apps load as fast as possible will continue driving AMP even further. Therefore, AMP promises to stay among the top mobile trends in 2020.

What is IoT or Internet of Things?

IoT/Internet of Things is a network of interrelated computing devices that enables communication within. A broad range of tools from a computer to a heart monitor can be connected to the Internet. IoT devices and their synergy open more opportunities to management and monitoring of various aspects of human life. Nearly all of Internet of Things software mostly used today can be controlled via a smartphone.

Source: The Impact of Emerging Technology on CX Excellence by Oracle

2020 brings a lot to achieve in the mobile application market. New tech and latest application development trends can blow you away. They can be a drawing card and win thousands of hearts if used wisely.

Whatever technology you’ve decided to phase in in your application, remember: there’s a time and a place for everything. Now is the time for innovation. All you have to do is to find the right place to use it. A great idea in the right hands can turn the world upside down.

Want to rock 2020 together? Contact us to make your dream app come to life.

How to Integrate Stripe Connect with your Marketplace for C&C Payments?

Content: The importance of proper payments system evaluation What is Stripe Connect? Stripe Connect pricing What Account Types has…

The Go-Getter's Guideline: How to Build a Freelance Marketplace that Stacks Up Against Upwork

The key to financial freedom and great wealth is a person’s ability or skill to convert earned income into passive income and/or portfolio income.…